The future of the oil and gas industry arrived suddenly in Gallup, N.M.

Marathon Petroleum Corp. announced in August it was closing its 27,000-barrel oil refinery just outside the small town in northwestern New Mexico. More than 200 full-time workers and dozens of contractors are expected to lose their jobs this fall. That could have a lasting effect in Gallup, which has a population of about 22,000. The refinery was a big contributor to local charities, and the good-paying jobs helped support restaurants and businesses in the town's historic business district on Route 66. Marathon is already offering to relocate some of its workers.

"I know we are seeing a lot of people flat-out leaving," said Jennifer Lazarz, a spokeswoman for thecity of Gallup. 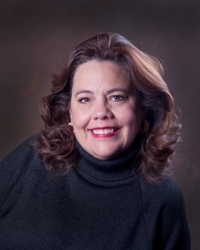 Sep 30 2020
Santa Fe, N.M. –Representative and Chairwoman of the House Appropriations and Finance Committee Patricia Lundstrom (D-Gallup) released the following statement regarding today’s Legislative Finance Committee (LFC) revenue forecast for the state of New Mexico. “While the forecast today was better than expected, we must move forward with caution,” said Representative and Chairwoman of th...Continue Reading

Sep 11 2020
BY DUANE HIGHLEY TRI-STATE GENERATION AND TRANSMISSION CEO, WESTMINSTER, COLO. Since making our difficult decision in January to retire the Escalante Generation Station by the end of the year, Tri-State Generation and Transmission Association has been diligently working to address the challenges that accompany such a major change. Our focus has bee...Continue Reading