Most municipalities in Colfax County are eligible to apply for a new economic development assistance program passed by the Legislature this year and signed by the governor in late March.

The Frontier Communities Initiative is being administered by the New Mexico MainStreet program, although the program is for small communities that are not MainStreet members. Any incorporated community with a population of less than 7,500 can apply as long as it does not currently have New Mexico MainStreet program status or status as a New Mexico Arts and Cultural District. Raton is part of both of those programs so is not eligible for the Frontier Communities Initiative, but Colfax County’s other municipalities are eligible.

New Mexico MainStreet, which operates as part of the state Economic Development Department, is now accepting applications for the Frontier Communities Initiative, which is designed to be a community economic development partnership that allows the state to provide small, rural communities with assistance in economic development projects.
The new initiative is intended to provide professional technical support as a community develops what New Mexico MainStreet calls “a catalytic economic development project within a traditional or historic commercial district such as a courthouse square or village plaza.” Other potential projects listed in information about the new program include improvements to historic buildings, cleaning up commercial property storefronts, developing and aiding community parks within a historic or cultural district, adding pedestrian safety amenities, establishing an entrepreneur or business development project, and branding and marketing of a destination.

The proposed projects “should demonstrate their positive impact in job creation, business development or enhancing the local economic environment,” according to MainStreet. A community may nominate only one project in its application.

State MainStreet officials will select communities to participate in the Frontier Communities Initiative through the current application process. Officials noted the initiative is not a grant program, and direct funding for selected projects is not included with services and resources provided for the project.

The legislation that created the initiative appropriated $100,000 from the state’s general fund to New Mexico MainStreet for the purpose of providing the services to selected communities during the state’s next fiscal year that begins July 1.

According to a Legislative Finance Committee report on the bill issued during this year’s legislative session, the small communities that are eligible for this program historically have “not had local capacity to meet National Trust MainStreet Center standards for the MainStreet program,” although “the need for commercial revitalization remains a clear economic need and goal in rural ‘frontier’ communities in New Mexico.” This legislation established a program for all of the state’s small communities — regardless of whether MainStreet status is held — “tailored to the needs of smaller New Mexican communities that can benefit from the services provided by MainStreet to promote economic development,” according to the report.

Applications for the inaugural Frontier Communities Initiative are due by June 21 at 2 p.m. Selection of communities for the program will be completed in early summer with selected projects to begin in late summer or fall of this year.

Information about the Frontier Communities Initiative, including application details, is found at www.gonm.biz/Frontier_Communities.aspx or by contacting Rich Williams at rich.williams@state.nm.us or (505) 827-0168.

Jun 11 2013
America's top endurance mountain bikers will head to the Zuni Mountains of New Mexico this summer to vie for Stars-and-Stripes jerseys at the 2013 USA Cycling 24-Hour Mountain Bike National Championships. Held in conjunction with 24 Hours in the Enchanted Forest, riders will be tested on a 16-mile course tha...Continue Reading 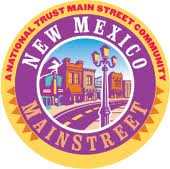 Welcome to the Real Space Age!

May 30 2013
Dan P. Lee - New York Magazine | Welcome to the Real Space Age! This is not a rendering. It is a launching pad in the New Mexico desert for rocket planes that will send you into space for $200,000. It opens later this year. Continue Reading