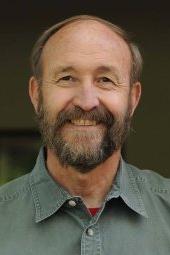 Dan Mayfield | Albuquerque Business First - Ray Powell the New Mexico Commissioner of Public Lands, is still pushing Tesla Motors to put its proposed Gigafactory on state land, where a variety of tax breaks and incentives could amount to a huge incentive for the company to locate here.

Tesla is looking at building its new Gigafactory in five states, one of which is New Mexico. Though the states are in a bake-off to see which will win the project, which could require as many as 1,000 acres of land, Powell says he has a three-point plan that would make Tesla’s land-acquisition costs almost zero, as well as reduce the company’s tax liability.

“I think we’d be competitive, if not best,” Powell told Business First.

First, Powell said, if Tesla moved onto state land, the office would use funds from the Local Economic Development Act fund to eliminate its land costs. Second, state trust lands have no real estate taxes, he said. Third, Powell said, Iberdrola Renewables, the company that has a wind farm in the East Mountains, has agreed to provide green power at rates that would be competitive with coal or other traditional methods.

“By doing it this way, we’re not using more economically viable land, like Mesa del Sol, for production of electricity,” Powell said.

Jun 13 2014
Gary Gerew | Albuquerque Business Journal - Two researchers at Sandia National Laboratories have been awarded the second annual “Test of Time” award for a technical paper that has had “wide and lasting impact” in supercomputing. Bruce Hendrickson and Rob Leland were cited by the awards committee of the 2014 Supercomputin...Continue Reading