"Our incredible landscapes and robust talent pool have long made New Mexico a premiere location for filming Westerns," said Film Office Director Nick Maniatis. "New Mexico's powerful film incentive and extensive film infrastructure are making our state an even better location for films like these."

Michael Slifkin is producing for Archstone Pictures from a script written by Scott Martin. BIG KILL is set for an early summer 2018 theatrical release.

"Big Kill" is the story of a tenderfoot from Philadelphia, two misfit gamblers on the run, and a deadly preacher who have a date with destiny in a boom town gone bust called Big Kill. The west is reborn in this classic morality tale of good versus evil.

Nov 27 2017
For a few days in early October, just as the weather was beginning to gild the cottonwood leaves, 170 Chinese business professionals came to the United States with the hopes of making it big in New Mexico. The U.S.-China Business Matchmaking Summit had all the trappings of a standard international busines...Continue Reading 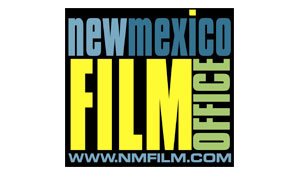 Oct 26 2017
Northwestern New Mexico will have its own veterans cemetery by 2019 thanks to state funding and a multi-million-dollar federal grant. Gov. Susana Martinez and other officials gathered Wednesday in Gallup to mark the dedication of what will be the second of four proposed cemeteries for veterans who live in rural area...Continue Reading