Rhino Health Will Create Up To 350 New Jobs in Church Rock; Invest more than $49 million

“I’m so proud to see another world-class manufacturing leader choose to invest in New Mexico,” said Governor Susana Martinez. “Since 2011, we have worked hard to make New Mexico business-friendly for manufacturers and we are again seeing the results of our efforts.”

This announcement comes on the heels of the Governor’s announcement that international manufacturer, Admiral Cable, is moving to New Mexico and creating nearly 350 new jobs in Dona Ana County.

The manufacturing facility will become a supplier of nitrile to be marketed to government agencies, medical facilities, the food industry and retail. Industrial development and glove manufacturing is a new avenue to employ Navajo people and diversify the Nation’s economy. The Navajo Nation is the homeland of the largest American Indian tribe and its reservation sprawls across northeast Arizona, northwest New Mexico and southern Utah.

“We are proud to be establishing our first Nitrile Glove factory in the USA,” said Rhino Health CEO Mark Lee. “This will be the first of many ‘Made in the USA’ products coming out of New Mexico. With future expansions, we will be creating approximately 350 jobs in the region. I first want to thank Governor Martinez for her support – the LEDA fund and business-friendly climate make New Mexico a great place for our first on-shore manufacturing facility. I also wish to recognize Sharlene Begay-Platero of the Navajo Nation Project Development Department, Gallup Mayor Jackie McKinney, the Greater Gallup Economic Development Corporation team and Patty Lundstrom who were all instrumental in getting this project up.”

“I supported this project as Vice President and will continue to support it under the Nez-Lizer administration,” said Navajo Nation President-elect Jonathan Nez. “We understand the importance of partnering with the private sector to bring economic opportunities and most importantly jobs for the people. I am excited about today’s announcement and look forward to welcoming Rhino Health to Church Rock, Navajo Nation."

“This is an exciting time to have Rhino Health bringing this project to our area. Let’s get this going and get those jobs filled with local people,” said McKinley County Commissioner (District I) Carol Bowman-Muskett

“We would like to thank the Rhino Health team for their decision to bring this exciting new development to McKinley County,” said Greater Gallup Economic Development Corporation Executive Director Patty Lundstrom. “Our network of resources, deep talent pool and strategic location in New Mexico and the Southwestern market will provide Rhino Health with a solid foundation for continued growth and success. We appreciate Rhino Health’s commitment to creating quality jobs in McKinley County and look forward to strengthening this valuable partnership.”

The New Mexico Economic Development Department will invest up to $3.5 million in Local Economic Development Act (LEDA) funds in the expansion. McKinley County will act as the fiscal agent for the LEDA award. LEDA helps recruit new businesses to our state while helping those already here grow and thrive.

Under the leadership of Governor Martinez, New Mexico has bolstered economic development tools, cut taxes and fees 61 times, and rolled back unnecessary regulations and red tape to create a business-friendly environment in New Mexico. In 2012, Governor Martinez signed into law a major tax reform package that expanded the Consumables Gross Receipts Tax Deduction for Manufacturers, tackling a problem known as tax pyramiding. In 2013, Governor Martinez signed into law the New Mexico Jobs Package, which reduced the tax rate on businesses by 26%. Governor Martinez also implemented single sales factor apportionment, which ended the practice of punishing businesses that export their goods from New Mexico. Since 2011, the governor has also prioritized and strengthened JTIP and LEDA - two crucial economic development tools. As a result of these tools, reforms, and investments, New Mexico continues to recruit global and national companies like Facebook, Keter Plastic, Safelite, CN Wire, Admiral Cable and others, while helping homegrown businesses like PESCO, RiskSense and others grow and thrive as well.

Rhino Health LLC will launch a multiphase manufacturing plan to establish and expand its US production of nitrile rubber gloves. Rhino Health LLC is a US-based company with global management team from a leading Korean rubber conglomerate, Jungwoo Rubber & Plastic. They are proud to offer “Made in the USA” nitrile gloves from a manufacturing facility located in Church Rock, New Mexico. Learn more: https://rhinohealthgloves.com.

Nov 6 2018
The United States is dotted with cities that share a long history with railroads. In fact, many of them came into existence as part of the westward expansion led by BNSF predecessor lines like Northern Pacific, Great Northern, Frisco and Atchison, Topeka and Santa Fe. Many of these communities continue t...Continue Reading 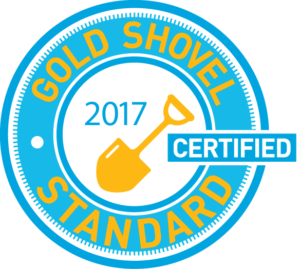 Oct 16 2018
Gallup Pipeline and Compliance Services, LLC (GPCS) is a thriving Gallup company, serving the oil and gas industry in New Mexico, Arizona, and West Texas. Since launching the company, owner Roger Montano has continued to expand, something that has been made possible by the dedication and skill of his team...Continue Reading